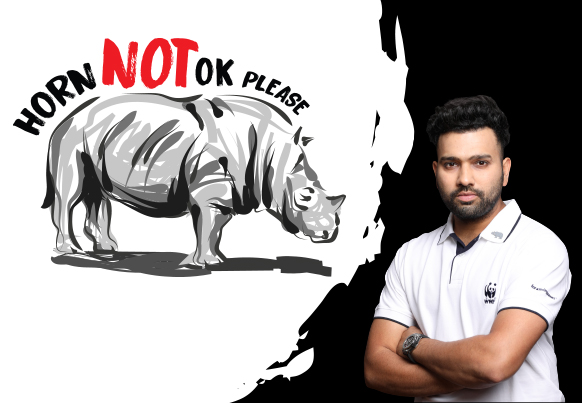 Your donations are elegible for 50% tax relief under section 80G of the income tax act, 1961.

For years, the Greater One Horned Rhinoceros or Indian rhino has been carelessly slaughtered & poached for its horn. Poaching is the primary reason for its declining population, along with continuous habitat loss. The Indian rhino has been labelled as a vulnerable species by the International Union for Conservation of Nature (IUCN).

What threatens the Indian rhino

How WWF-India is helping

Our teams work tirelessly to save this majestic being and ensure that rhinos thrive across four states in India: Assam, West Bengal, Bihar and Uttar Pradesh. Our work includes:

- Translocations: Since most Indian rhinos now live in Kaziranga, we move rhinos back to some parts of their historical ranges so they can start new breeding populations and increase their number.


DONATE TODAY BECAUSE THE COST OF NOT ACTING IS MUCH HIGHER.

HOW YOUR MONEY HELPS

SCIENTIFIC
MANAGEMENT OF
THE GOH POPULATION
The demography and population dynamics of Rhinos needs to be understood as the population is concentrated to a very small area. Further there is the need to provide new habitats to secure the future of the rhinos for minimizing the risk due to any stochastic events. Range expansion will be carried out through wild to wild translocation and also facilitate natural colonization by securing the wildlife corridors

STRENGTHEN MEASURES
TO CURB ILLEGAL WILDLIFE
TRADE AND POACHING
Poaching of rhinos due to demand of rhino horn and body parts is the biggest threat to the rhinos. To maintain and enhance the security and enforcement measures a slew of measures will be undertaken ranging from building capacity of frontline staff, promoting use and trials of cutting edge technology and tools, strengthening co-ordination at different levels, etc

STRENGTHEN
COMMUNITY
ENGAGEMENTS
The success to rhino conservation lies in the support of the communities primarily the fringe population. The fringe community will be kept abreast of the developments and plans by organizing awareness programs and also extend need based support to strengthen livelihoods and for the development of entrepreneurship for economic development of the target villagers